Photo by Martin Adams on Unsplash
The nature of the moon is dark.  She does not shine, she reflects.
The opposite of full is dark, a moon that is fully reflecting and a moon that is fully herself.
The opposite of a Full Moon is not a new moon, but rather a Dark Moon.
There’s always a side of the moon that’s dark.  And once every lunar cycle there’s a night when, even though the moon is in the sky, we can’t see her because she’s being herself; she’s not reflecting.

Is the moon bad, or evil, wicked or negative because her nature is dark?
Does the moon lack anything?

When I speak of the Dark Moon it’s not unusual to find people who aren’t quite sure what I’m talking about.  They often ask me if I mean the new moon.  My reply is:  No.  I mean the Dark Moon.

It’s my belief that one of the reasons we don’t speak of the dark moon, and actually leave it off our calendars, is because we’re a society of people who attach words like evil, bad or negative to the words dark or darkness.  We’re so afraid to use the word dark we skip over this aspect of the moon and jump right to new, thus missing out on connecting with the power, potency and magic that exists when the moon is showing us her true, dark nature.

As we learn to connect more intimately with the moon we may begin to notice how closely our bodies follow the moon’s rhythms.  It’s a cycle of death and then birth and then death again.  Dark moon, new moon, growth to the full moon, lessening, waning and finally death which is the dark moon, which is at the same time, rebirth.  By ignoring the dark moon, we actually skip a section of this cycle.

Go into the dark with the moon.  Explore the riches and depths of your inner wisdom, the wisdom of women that is hidden and forbidden.  Use it as a time to connect with your creativity, your intuition, those subtle ways of knowing that have nothing to do with the light or the mind.  Use it as a time to receive messages that often cannot be heard due to the constant noise and busyness of our everyday lives.  Use the dark moon as a time to see the hidden things that cannot be seen when we're being blinded by too much light.

Our fear of the dark stands along side our fear of women’s bleedings, fear of death and the disdain and disregard for our bodies, the earth and nature.  These are fears so present in a society, a culture obsessed with the light.

We live in a global culture that's male-dominant, patriarchal, misogynistic  and violent.  Considering this, it's no wonder that our true nature as women is ignored, overlooked, overriden and often named evil, wicked, sinful and dark.  We are like the moon.


We spend most of our lives reflecting the ideas and beliefs of others, both institutions and individuals.  We're expected to shine with the false light of women-hating societies and religions that demand that we deny ourselves and live instead lives that are  based upon who and what they think we should be.

Dark Moon Wisdom is designed for us, for women, so we can explore and come to know again our true nature, the nature of the Dark Moon.

A man lost the only key he had to his house and he was down on his hands and knees searching for it under a street lamp.  A friend came by and after learning that the key was lost, he too got down on the ground to search.  After a long time of searching and finding nothing the friend asked, 'are you sure you lost it here?'
The man replied, 'no, I lost it over there.'  He pointed to the darkness.
The friend then asked, 'why are you looking here?'
The reply was, 'because, this is where the light is.'

If what you’re looking for was lost in the dark and remains hidden there, then you must go there to find it. You must go to the dark, the roots, the well, the places where the dragons dwell and there you will find what you seek.  You must learn a different way of seeing, a way to see without the light.

To Know The Dark
To go in the dark with a light is to know the light.
To know the dark, go dark.  Go without sight,
and find that the dark, too, blooms and sings, and is traveled
by dark feet and dark wings. 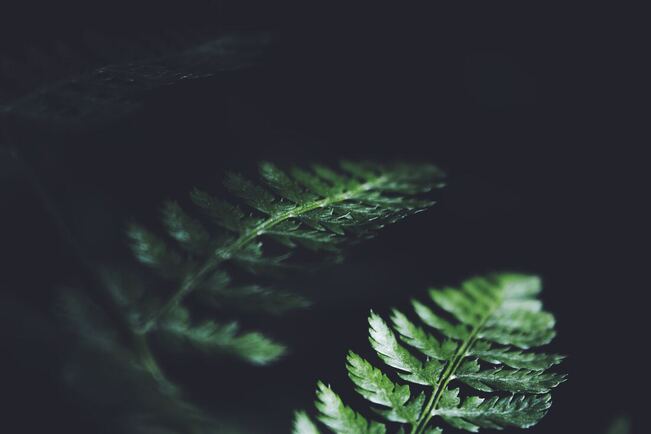 Photo by Noah Silliman on Unsplash